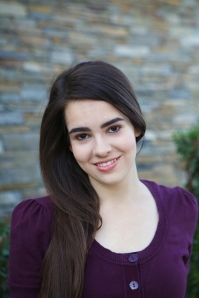 It is my pleasure to welcome Hannah Lokos to my blog today. Hannah Lokos is a sleep-deprived (pre-med) biology college student/author who drinks far more coffee than she ought. Her debut novel, Labyrinth of Lies, was released December 2013 and is currently available on Amazon. She wrote her first novel at fourteen, interned as a ghost writer at seventeen, won Scholastic’s Art and Writing Award at eighteen, and received her very first book contract at nineteen. Hannah also enjoys all things artsy and wishes there were far more than 24 hours in a day.

In my novel, Labyrinth of Lies, Theseus faces a problem. About twenty years before, the island nation of Crete had gone to war with the city-state of Athens, Prince Theseus’s future domain. The cruel king of Crete, King Minos, utterly crushed Athens and instituted a treaty demanding that King Aegeus of Athens send 14 youths annually to Crete. Once in Crete, these 14 Athenians were locked inside a maze and then slain by the Minotaur, a hideous half-man half-bull beast. Then, one day, Theseus decides that this terrible tradition needs to end. His father explicitly orders him not to go. However, when Theseus’s own love is taken, things reach a more personal level. Theseus is faced with the decision to either go after her and risk war with Crete or to obey his father’s orders and let her die. Ultimately, when he gets there and enters the maze, he discovers that the Minotaur isn’t exactly what he had expected it to be, it is more terrible by far—but that is another story, and precisely why you should read my book 😉

Most of us will never be faced with this particular challenge. Fortunately, we will probably never have to choose between risking inciting a war and saving someone we love. Still, we face challenges just the same. Just like Theseus, there are many times when we must choose to be brave. Even in just one day, we often encounter multiple opportunities to rise to the occasion.

I’m a rule-follower. In class, the professor gives the assignment, I do it exactly as he/she stipulates, I (usually) get a good grade, and nobody gets hurt. Rules are necessary and they are usually helpful. So there is a time to follow the rules, but there’s also a time to break out and break those rules. The same is very true of writing. You need to know the rules. You need to study grammar, because without a familiar standard to abide by, people will have a difficult time understanding what you are trying to say. Yet, sometimes, as a writer, you may choose to avoid the familiar. Instead, you may aim for startling, unusual, fresh, or even just something that makes your readers think hard. Protocol is important. For the most part, rules have been put there for a reason. We need to respect regulations, and our superiors who make them, but sometimes we also need to think outside of the box. Every competition I’ve ever won has been won by taking a step back and thinking of ways I could go against the grain, weed out the cliché and the overdone, and give the judges far more than they were expecting. There is a time for rules, but there comes a time when you need to branch out, be bold, be a little different, and aim for a little bit more. There comes a time to break the status quo and be brave.

There is a second aspect, however, to Theseus’s bravery. Not only does he rise to his own occasion, but he also rises for someone else. Theseus decides to go and rescue the fourteen Athenians (including his love), despite that he has never met many of them, despite that many of them are peasants, despite that the decision to save them comes with great risk to himself. Still, Theseus decides that every life is worth saving. Sometimes, courage isn’t so much about standing up for yourself as it is standing up for others. It’s easy to fight for our own rights and desires, but it’s another case entirely when it comes to stepping up for someone else, surrendering our own preferences and plans, and laying it all on the line to love someone else. For most of us, that won’t look like braving a Minotaur’s maze, but it might very well look like cutting time out of our busy lives to be a friend to someone who’s lonely, choosing to forgive an offense, or even to let someone in on the freeway. None of these things are natural for us to do and they all take work. We’re all busy. We all have places to be and things to do, but so did Theseus. Yet, despite the costs and the risks and his own busy life, he chose to sail on a rescue mission to Crete anyway. Sometimes, the bravest thing we can do is to love someone in spite of ourselves.

Life is full of struggles and problems, so we will all have ample opportunities to be brave. Bravery can take different forms. From choosing to go against the grain and try something new to choosing to lay aside our own agenda love somebody else, there are many ways we can choose to be brave. The question is, when our chance comes, will we take it?