Courage and Promises Made – Jude Johnson

It is my pleasure to welcome fellow Champagne author, Jude Johnson to my blog today. 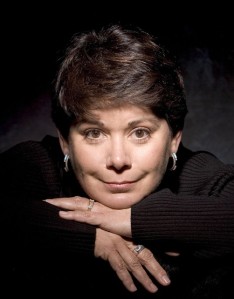 Thank you, Ceci, for inviting me to guest post about courage. Your month of discussions on the subject have has provided some thought provoking reading. Also, congratulations on your new release and the entire Highland series. I’ve always had a soft spot for men in kilts.

What is courage, really? Most would define it as the Encarta Dictionary does: “the ability to face danger, difficulty, uncertainty, or pain without being overcome by fear or being deflected from a chosen course of action.” But for the characters in my novels, that definition doesn’t cover everything. Especially for the heroine of my Save the Last Dance series, Maggie Pearce.

In the initial novella, A Dangerous Dance, Maggie has made a miserable marriage to a man who does not appreciate her. In fact, he ignores her, belittles her, and essentially emotionally abuses her. Yet Maggie does not leave when presented with an opportunity, a chance to be with a man who instantly recognizes in her the very qualities she represses to remain with the man she married.

Why the hell not, you may ask? Why doesn’t she just walk out on the bastard?

Because Maggie is a woman of her word. She grew up an Arizona cowgirl, a woman raised with the ideals of the West, where honesty is expected and a vow, especially a solemn vow made before witnesses, was to be kept at all costs. She can’t walk out, even on a cold-hearted bastard, until she has exhausted every effort to keep her word.

This is where courage comes into play. Her heart tells her she’s made a mistake. The English actor standing before her on a rooftop in New York is a wonderful man who would cherish her like no other, but that vow she made at the altar weighs heavy on her mind. Has she truly done absolutely everything she could to save her marriage? Has she given it all possible effort? She isn’t sure, she can’t be certain… and therefore, she can not break her vows. She gave her WORD.

To go back home to a man she knows in her heart doesn’t truly love her takes major intestinal fortitude. Yet, how could she live with herself if she didn’t? When every fiber of her being is screaming for her to leave the bastard or at least give in to a night of pleasure with another man, Maggie summons the courage to do what she knows in her mind is right. Call it old fashioned, but she is no quitter. Heaven knows, walking away from a gorgeous Englishman who obviously cares for her is the most difficult thing she has done in her life.

We see more of Maggie’s courage in the rest of the series, A Wicked Waltz and A Torrid Tango. She’s a tough bird, brave in ways many people can’t understand. 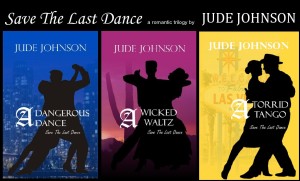 She picked up her spoon and stirred her coffee. “I know most women think Lancelot is more romantic, but I always thought Lancelot was a cad to steal his best friend’s wife. Don’t get me wrong, Guinevere was also very much at fault, but Lancelot could have removed himself from the situation before succumbing to temptation.”

“Ah, so the moral thorn of the love triangle bothers you?”

Maggie thought for a moment, searching for the right words. “I hadn’t really thought so, but maybe it does. There are different versions, of course, but Arthur is always more complicated and noble, torn between his loves, what is right, and what he must do for the good of his people. Lancelot comes riding in, Guinevere lusts after him, they give in to their passion after only a few ‘oh we shouldn’ts’ and damn everyone else to hell. That seems pretty darn selfish to me.”

He nodded. “I see your point. And I see you’re a not only a romantic, you’re a woman of principle.”

She felt her face flush again, but dipped her head in acknowledgement. “I try to be.”

John leaned forward, his forearms on the table, his hands clasped. “But how should they resolve the moral dilemma? What if soul mates meet when they’re already married or committed to other people? Should they deny themselves the possibility of a lifetime of blissful connection simply because they made poor choices earlier?”

The tunnel closed in around her again, obliterating all sound but the rush of blood in her ears, erasing all vision but his dark, soulful eyes.
He’s asking me the questions I’ve been avoiding for years. But is he asking me–or himself?

“What of obligation, of doing what’s right?” she replied, unsure of her voice. “If a promise isn’t binding, what is?”

A note from Ceci
I have read the first novella in the series and loved it. This is the 5-star review I posted on Amazon:

A Fresh Take on Living Out A Fantasy
Who hasn’t fantasized about meeting a celebrity on whom they have a crush? Maggie, a beautiful woman with strong values gets that chance. She has the evening of a lifetime with the gorgeous actor she admires. In the process she rediscovers who she is and learns to appreciate her inherent value. There is an almost metaphysical connection between Maggie and John that makes this brief brush with temptation electrifying. The writing is beautiful with brilliant foreshadowing and the characters are vivid. Altogether a great quick read!