Posted on September 11, 2017 by cecigiltenan

We are continuing with our medieval first encounters. This week you will find another snippet from Highland Redemption on Ruth A. Casie’s website.

Below is a snippet from Ruth’s, The Guardian’s Witch, Book one in The Stelton Legacy. 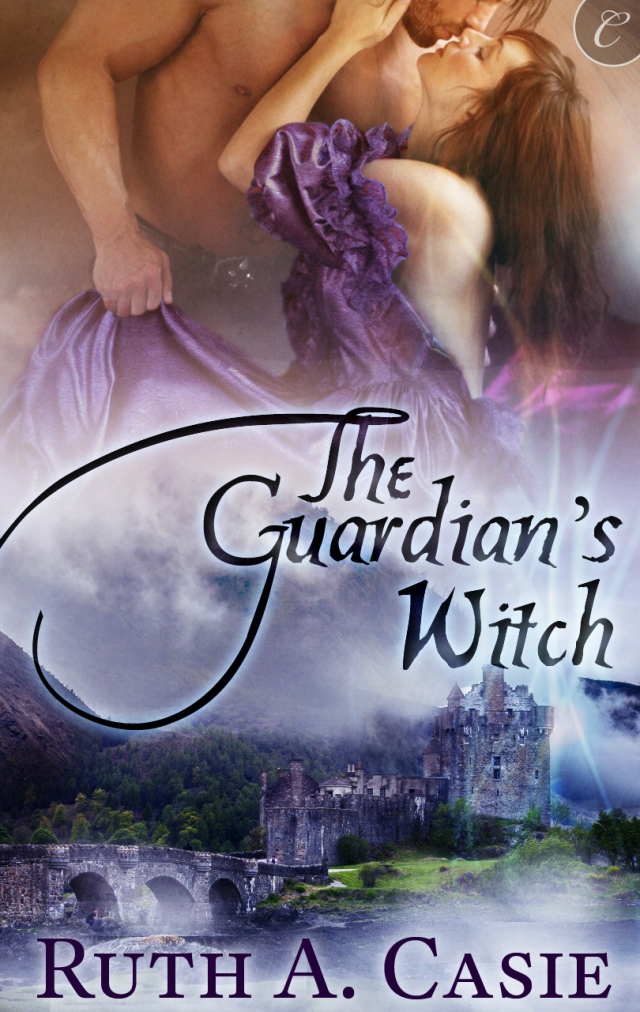 Suffering the incessant pain was useless. He had to take command. Concentrate. He needed to concentrate. Little by little he fought to control his body. His eyes fluttered opened. He was unprepared for the assault of light streaming in from the window. He raised his hand to shield them and gathered his wits amidst his aching head.

Ann rushed, pulled the shutters closed to darken the room and returned to his side.

A cool cloth touched his feverish forehead. He silently thanked the angel. With his eyes closed, he relaxed and let the soothing cloth take him to a tranquil place. A few more minutes and he would try again.

Lord Alex Stelton can’t resist a challenge, especially one with a prize like this: protect a castle on the Scottish border for a year, and it’s his. Desperate for land of his own, he’ll do anything to win the estate—even enter a proxy marriage to Lady Lisbeth Reynolds, the rumored witch who lives there.

Feared and scorned for her second sight, Lisbeth swore she’d never marry, but she is drawn to the handsome, confident Alex. She sees great love with him but fears what he would think of her gift and her visions of a traitor in their midst.

Despite his own vow never to fall in love, Alex can’t get the alluring Lisbeth out of his mind and is driven to protect her when attacks begin on the border. But as her visions of danger intensify, Lisbeth knows it is she who must protect him. Realizing they’ll secure their future only by facing the threat together, she must choose between keeping her magic a secret and losing the man she loves.

Continue to follow along as Ruth goes on to Laurel O’Donnell’s blog next week. And be sure to leave a comment below for a chance to win a prize at the end of the tour.