There are so many exciting things going on. The biggest news is an authors’ group that several of your favorite authors of Scottish historicals have formed! In November I will join Lily Baldwin, Kathryn Lynn Davis, Debbie Robbins, Tarah Scott, Suzan Tisdale and Sue-Ellen Welfonder in releasing a bundle of seven brand new novellas! It was so exciting I buried myself until mine was written and am just coming up for air.

We have celebrated several wonderful new releases in the last few weeks. My last post featured Sue-Ellen’s To Love a Highlander. I had the chance to read it this weekend and I promise you won’t be disappointed! As usual, Sue-Ellen paints vivid pictures and brings to life wonderful, endearing, sexy, characters! This one is a must-read for Scottish romance fans.

On May 13th Tarah Scott released To Tame a Highland Earl 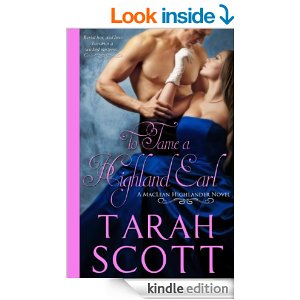 A man torn between two worlds. Both need him… neither wants him.
Groomed for a life amongst the English aristocracy, Lord Erroll Rushton is unexpectedly thrust back into his father’s Scottish world when the Englishwoman he compromises refuses to marry him.

No gentleman breaks into a lady’s bedchamber…but then, no lady sleeps with a pistol under her pillow.
Miss Eve Crenshaw will marry for love or won’t marry at all. When London’s most notorious rakehell breaks into Eve’s bedroom in the dead of night and compromises her beyond repair, she plans a daring elopement that shocks even the earl.

I haven’t read this one yet, but I can’t wait. One of my best buddies has and this is what she says:

I absolutely loved this book by the wonderful Tarah Scott! As soon as I began reading To Tame a Highland Earl, I knew that the heroine, Eve, was my kind of girl. The characters were so well developed and the story was so totally engrossing that I was not able to put the book down until I had finished it. The story is full of HOT romance and adventure. You never knew what was going to happen next because Eve is such as spitfire and Erroll, well he is quite the ladies man. Loved loved loved the story and all of the characters that are so skillfully intertwined into this story. A MUST read!

Kathryn Lynn Davis has released the third book in her Too Deep for Tears trilogy, but that deserves a post for all of them, so look for it soon.

Kate Robbins released the second book in her Highland Chiefs series, Promised to the Highlander yesterday! 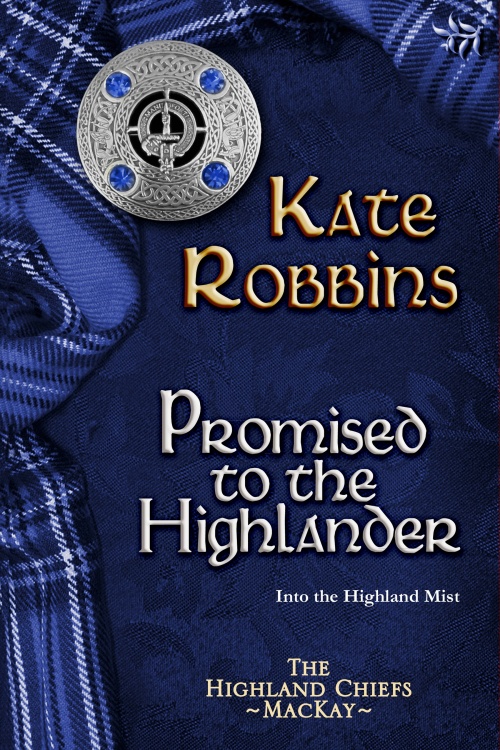 Nessia Stephenson’s world was safe until a threat from a neighbouring clan forces her to accept a betrothal to a man whose family can offer her the protection she needs. The real threat lies in her intense attraction to the man who arranged the match—the clan’s chief and her intended’s brother, Fergus MacKay.

When powerful warlord Fergus MacKay arranges a marriage for his younger brother, William, he has no idea the price will be his own heart. Fergus is captivated by the wildly beautiful Nessia, a woman he can never have.

When the feud between the MacKay and Sutherland clans escalates, Nessia, William, and Fergus all must make sacrifices for their future. Longing and loss, honour and duty. How can love triumph under such desperate circumstances?

You know what a new release means? PARTY!!! Join me and all of these other great authors on Facebook tomorrow evening to celebrate this release in style!
https://www.facebook.com/events/627980127287415